At age 23, Curtis Patterson was incarcerated. He didn’t return to society for another 9 and a half years.

Yet upon his return, Curtis was entering a new kind of prison — one where the perceptions of others kept him locked up.

After nearly a decade of his life passed behind bars, Curtis had to quickly adjust to new technological, social, and societal norms. On top of trying to make up for the years he wasn’t able to progress in his life and career, he had to navigate the challenges of  negative stereotypes and premature judgements from his community.

A few months passed before Curtis could find a stable job. He would often pass the interviews feeling confident in his ability to take on the position, but once his background check was processed, he was rejected — or sometimes never even heard back.

Now, he works in an upscale restaurant in Navy Yard, and while it has been a largely positive experience, he still faces negative perceptions daily. Once a coworker or customer learns of Curtis’ status, he can tell that “the light in [their] eyes goes out, goes dim. A wall is built up.”

Curtis’ experience of returning home has been incredibly frustrating. He’s felt that while he paid his dues to society and done his time, even after being released, he is still viewed as an outcast. “People don’t accept you because of the mistakes you made in your past.”

Yet despite the barriers and obstacles in his way, Curtis is determined to pave the way for a better future. As he continues to work hard as a server, he is also in the process of starting his own carrier business known as “Here2ThereLLC”.

Curtis has also found encouragement and support as a participant of Thrive DC’s New Directions program, which is specifically geared towards returning citizens. Ms. Kim, the re-entry manager at Thrive, has designed this class to help clients build social, problem-solving, and communication skills. Clients also have access to basic necessities, such as clothing, hygiene items, and food, as well as employment and sobriety assistance. Curtis finds the class’s interactive and hands-on nature extremely helpful and practical in his day-to-day life.

With the support of his sister, friends, and the staff at Thrive DC, Curtis has hope for the future. At the same time, he laments the reality of his status as a returning citizen, and  wishes that members of society would come to see him as a valuable asset to any community or organization.

“We are putting our best foot forward…don’t reject us if you don’t know us.” 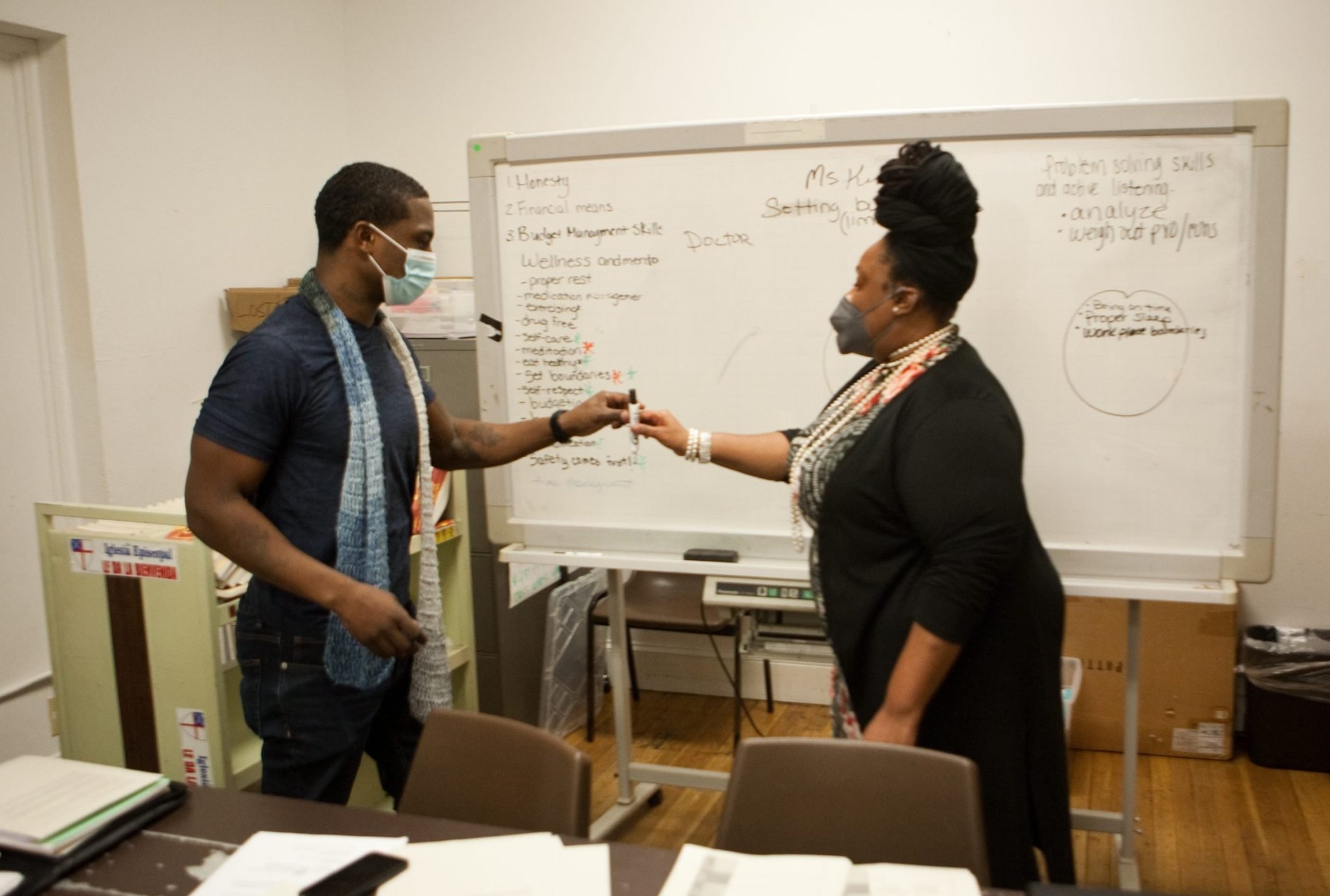